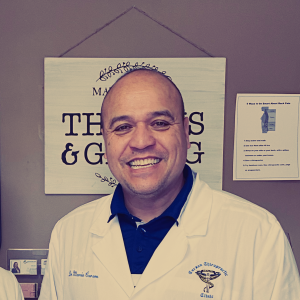 Brat, Dr. Carson lived in several states (Texas, South Carolina, Florida)  and also spent a large part of his early life in the Philippines.   After his father retired, they settled in Tampa/St. Petersburg, Fl. area where he attended Lakewood and Northeast High School in St. Pete.  His family moved to Tennessee during his senior year but they eventually moved back to Florida after a short time.  Dr. Carson stayed in TN with some extended family and eventually received an academic and soccer scholarship to attend Cumberland University in Lebanon, TN.  He later finished his undergraduate school at MTSU receiving a bachelor’s in Biology with a minor in Chemistry.  After graduating College, Dr. Carson enlisted in the United States Army Reserve where he became a combat medic and graduated from US Army Academy of Health Science’s Medical Laboratory Specialist program as an “Honor Graduate” ranked #3 out of 120 students.

Dr. Carson started Chiropractic School in 1994.  While at the school he played for the nationally ranked NAIA Life University Running Eagles Soccer team.  His passion for the sport is still evident to this day as he still coaches soccer as well as organizing, managing, refereeing, playing, and even went as far as opening Action Indoor Sports, a local indoor soccer complex located in Tullahoma.  During his many years of being involved in sports and healthcare he has had the opportunity to work with many athletes at every level from Elementary to Pro.  He  currently serves as the Team Chiropractor for Motlow University sports teams, Tullahoma Wildcats Men’s Soccer team, and just recently has formed a partnership with Coffee County High School sports programs.   He has his CCEP (Certified Extremity Practitioner) designation and is currently taking his CCSP (Certified Sports Practitioner).  Having adjusted thousands of patients in the area, he has vast experience in many aspects of health through chiropractic.  You may be surprised at what he can help through chiropractic care.  If you would like to improve your health, increase your performance, decrease your pain, or just to make sure you age gracefully, call our office right now an make an appointment! 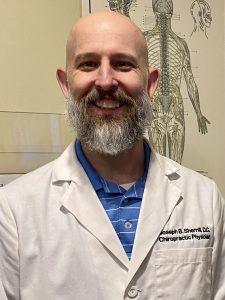 Dr. Joseph Sherrill has been married to his wife Ashley for over 21 years and they have two children, Maggie and Grey. He grew up in Manchester and graduated from Coffee County Central High School in 1994. Dr. Sherrill graduated with a bachelor’s degree in Park and Recreation Administration from the University of Memphis in 2001. He decided to return to school to pursue a degree in chiropractic and attended Logan College of Chiropractic in St. Louis, MO.  Dr. Sherrill graduated in 2010 with a doctorate in Chiropractic and in 2011 with a master’s degree in Sports Science and Rehabilitation. After graduation they moved to Johnson City TN where Dr Sherrill was practicing in an integrated pain management practice and eventually was the Chief of Operations for 10+ years. Dr. Sherrill has come back to his hometown to practice here at Carson Chiropractic Clinic.  He enjoys spending time with his family, playing his guitar, and competing in endurance events.

Liz Carson is Carson Chiropractic’s Office Manager.  Liz graduated from the University of South Florida with a Bachelors Degree in Biology 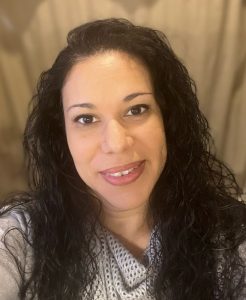 with a minor in Biochemistry.  She is a Board Certified Chiropractic X-ray Technologist, a Certified Chiropractic Therapy Assistant, a Certified Compliance HIPAA Officer, and a Certified Billing and Coding Specialist.  Along with her medical titles, Liz also graduated with honors from Ashworth University in Event Planning and Wedding Coordination, she received a Floral Design certification from the Floral School of Seattle, a Certified Master Cake Decorator from the Wilton School and French Pastry School of Chicago, and is a Certified Pastry Chef from the Knightsbridge Culinary School of England.  Her love for chocolate spurned her to seek education in the chocolate arts and Liz also became a Certified Chocolatier.   During this time she also managed to become a certified Medical Translator for Spanish, French, and English, a member of the TCA (Tennessee Chiropractic Association)  and American Culinary Federation (ACF).   “Chef Liz” continues her love for school as she is currently seeking a master’s degree in Nutritional Science from The International Medicine University and still teaches baking and Cake Decorating classes through her business Uptown Delights School of Confectionary Art.  With all that schooling and  education under her belt, along the way she managed to serve as “Mom” to DeAngelo (22), Adeline (20), and Mateo (8).